Part of the fun of watching Downton Abbey is the fashion reveal. And a quick scan of earlier seasons shows how women’s clothing morphed  in the 12 short years from the time the series began in April 1912 to the end of season 5 in 1924.

I can hardly wait to see what surprises season 6 holds. The first of its eight episodes aired in the U. K. just a few days ago but won’t hit the U.S. until Jan. 3. What I AM hoping for as we traverse 1925-27 is happiness for Lady Edith Crawley, who, as the middle, “plain” sister, always gets the knotted-up end of any plot twist.

I’ll never forget (or forgive!) Robert’s comment to Cora in an early episode that Edith would be the one caring for them in their old age. It’s tough to succeed in life when even your parents have such low expectations of you.

But I think Edith rocks!

Aside from blabbing about sister Mary and the Turk, that is.

Edith takes risks and is a survivor. She was the first in the family to learn to drive. Finding a purpose in her life after being left at the altar by Sir Anthony Strallan helped her move past sisterly squabbles to stand up for herself and carve out a career as a writer and an editor.

In season 5, she also found a way to hold onto her daughter in spite of all the odds against her. In the end, she her mother, Aunt Rosemund and Granny Violet had to see things her way. 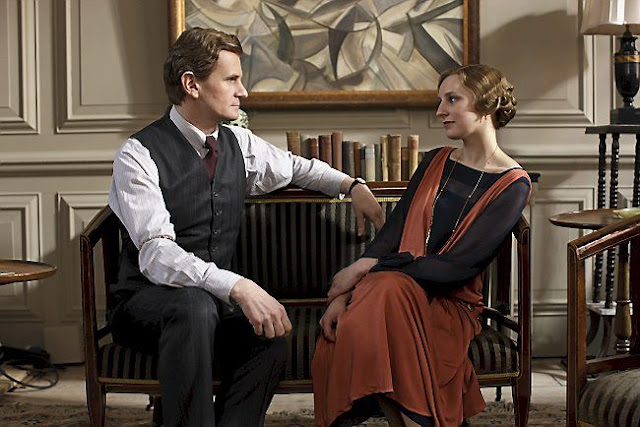 And she has a nifty style sense to boot. In fact, this vignette in Michael Gregson’s flat seems designed solely to play up her unique beauty, for a change.

I love the painting behind them. An example of Vorticism, it captures the abstraction and movement of the modern age, as well as the dizzying social changes taking place, of which Michael and Edith are a part. The painting contains a hint of Edith’s coloring, as if she were being born from out of it. 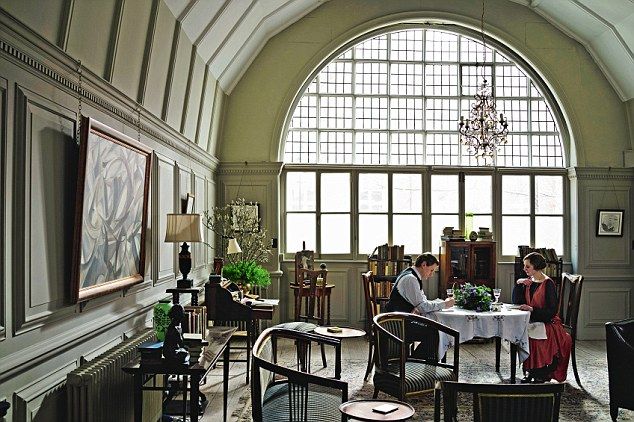 Here’s a wider view of Michael’s flat. The actual location is a never-before-filmed apartment in the Notting Hill section of London. The flat already had great architectural bones, which the Downton set designers used as the inspiration for an exquisitely tailored bachelor space.

Palette-wise, it’s very “menswear” but also full of timeless elegance and graceful curves, which make it the perfect foil to Edith’s delicate complexion and strawberry blonde hair–something that often carries over into what she wears. The room looks as if it had been waiting for her arrival to bring it to life. 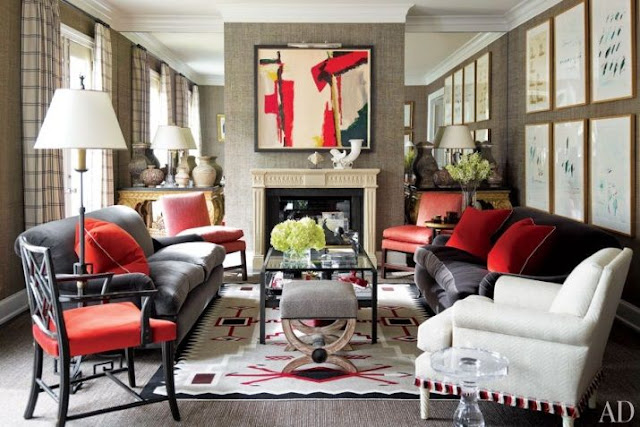 This is the living room version, of course. And this is the bedroom version. Sophisticated, isn’t it? Just like Edith. 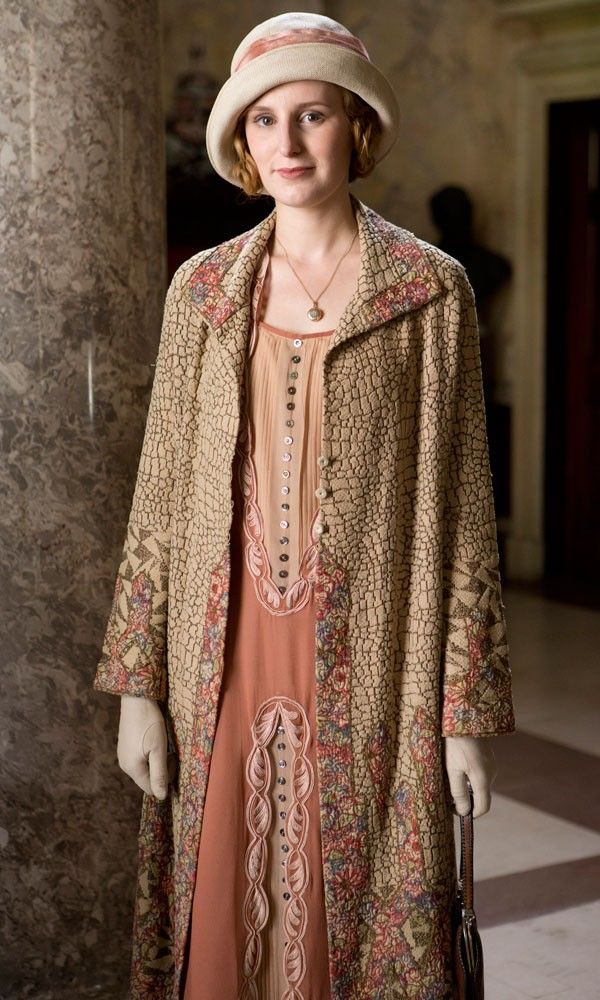 I, for one, would kill for this coat. Obviously I can’t have it to wear, so how would it look as a room in my home?

Something like this, perhaps? Clean lines, but well-traveled and spicy! 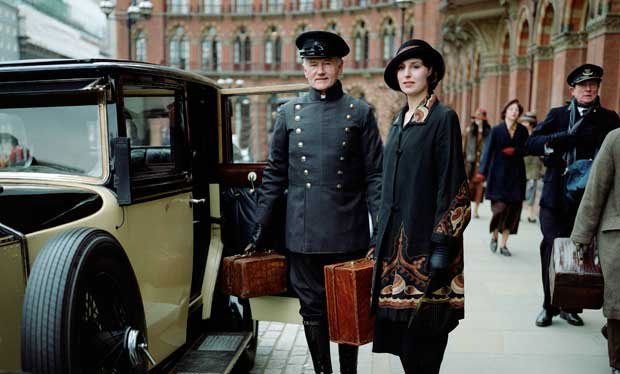 Here’s another to-die-for coat, front (above) and back (below). 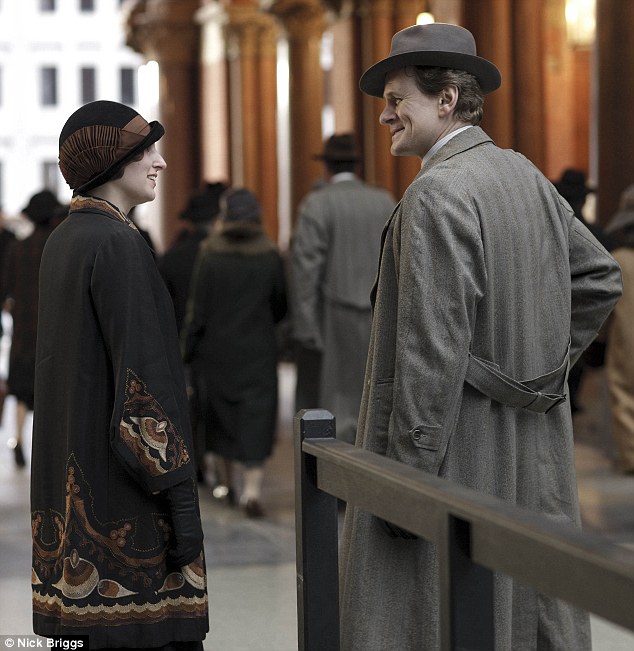 And here’s that gorgeous coat, reinterpreted as a living room.

Swish and sway in the splendor of Edith’s gowns 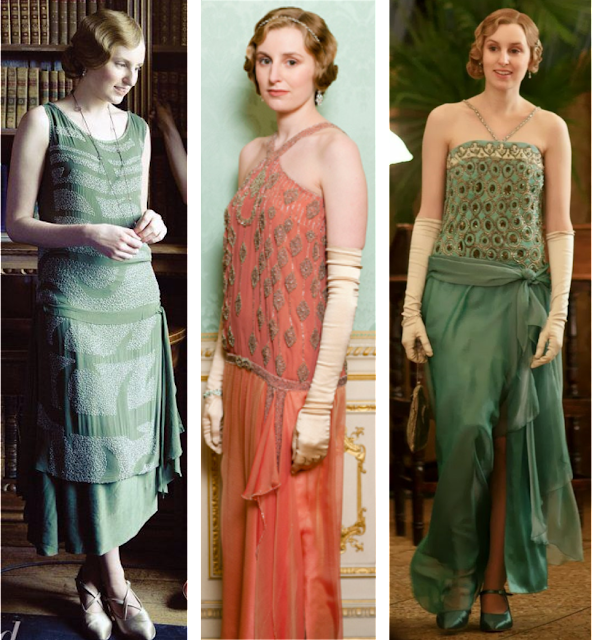 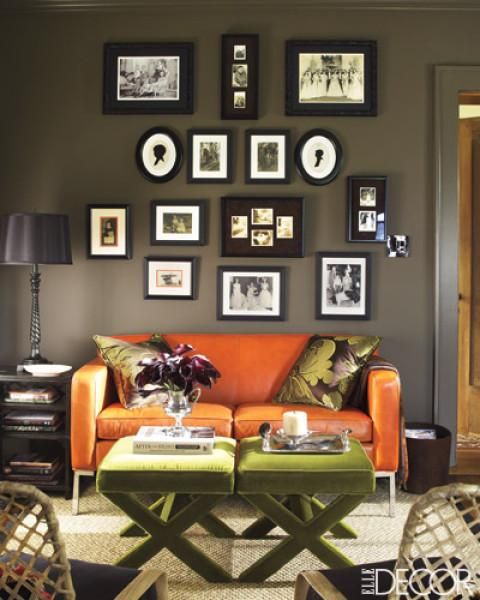 Because style is style whether it’s on your back or underfoot.