Ever notice how human-looking the humble task light is (in a borderline ominous way)?

Word on the street is that first they go after your food. Then, while you’re asleep, they steal your SOUL.

Some hide in plain sight, relying on you to let your guard down.

Then while you’re adjusting the pillow behind your back or sniffing the flowers, they strike.

Others seem to come out of nowhere.

They’re a sneaky lot, all right, and no amount of warm, fuzzy décor or ambient light will get in their way.

A few obviously shady ones stand out in any crowd.

But seldom will you find one so bent on blowing its cover. (This one purportedly was the bride of Frankenstein and showed up here after he went MIA.)

Mostly they blend in so you won’t notice their presence until it’s too late. 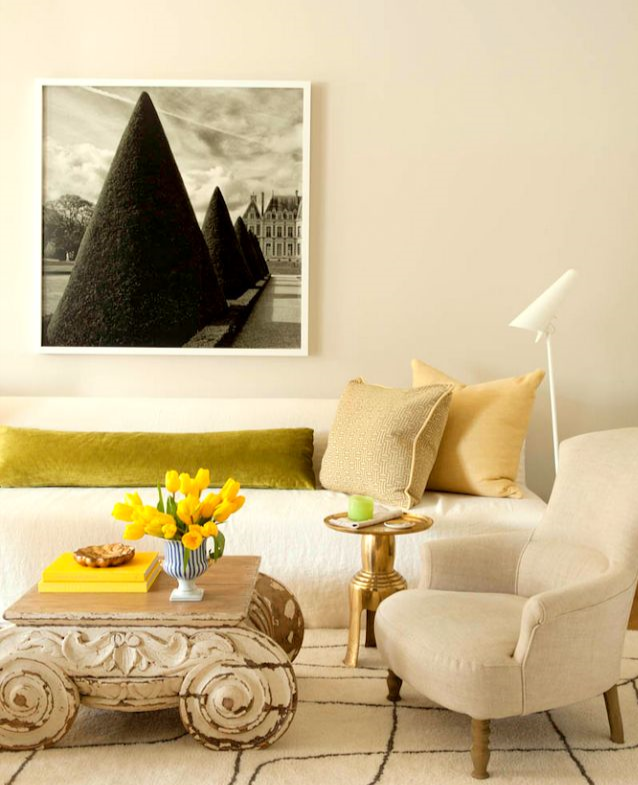 This one thinks we’re fooled because it assumed the shape of the shrubbery in the artwork.

Which proves what lengths they’ll go to to throw you off their trail.

They’ll use ANY item already in the environment to distract you, like this plush purple loveseat, for instance. Let your guard down long enough to stroke its nap and BAM! It’s lights out.

This one only looks humble and unassuming, but don’t be fooled.

It’s after loads more than the last chapter of that novel it’s helping you read.

If they lead with the big guns, you’re a goner.

See those shoes, that half-filled glass, the open book? The real human who owned them vanished without a trace.

Some will assume the form of a bygone era to make you long for the past.

Be especially vigilant if you decorate with antique or rustic pieces because this is a favorite ruse!

See how this one uses natural elements to disguise its quite unnatural agenda?

It wants you to think it’s allied with the artwork above the bed, but it has more than hugs and kisses on its mind.

Many take on bright colors to tantalize the eye.

Some assume whimsical shapes to appeal to your playful side.

But these are dead serious lights. When they get you where they want you, there won’t be any fun and games.

They are, in fact, adept at shape-shifting and mind-reading.

They will become whatever you think you need in any given room. “Clamped” or “hung” could be in your future!

Some are super-agile, so stay on your toes.

Never help them by leaving methods of rapid transport unattended.

A few gesticulate wildly and won’t hesitate to take a swing at you.

I’d opt for the chair farthest away, if I were you.

3-legged ones can cross a room in milliseconds.

See the eyeglasses? The glass of water? The letter? Where’s the real human who left them here? Gone, I tell you. Forever. Never to be seen or heard from again.

Some have developed mutant leg forms.

This particular version is said to be ultra-stable on uneven ground.

We took drastic measures to keep this one in check.