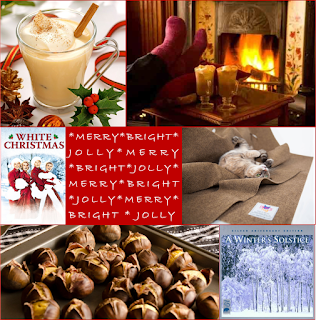 I no longer allow Christmas to wig me out.

I absolutely will not stand for it.

I give myself permission to stop decorating the house anytime I like (or not decorate much at all).

I don’t compare myself to anyone who may be trying to juggle all these balls.

How do I manage it? Here are some of my favorite helpers for a dependably mellow Christmas holiday.

I hope you find something you can use.

Hit it hard with a hot-buttered rum

My husband Chris and I got interested in hot-buttered rum thanks to an old movie, The Northwest Passage, where we watched Spencer Tracy make it in a huge copper pitcher. The men he served—Robert Young and Walter Brennan—woke up the next morning to find themselves one of Major Rogers’ (Tracy) “rangers” en route to discover a travel route from New Hampshire to the Pacific.

We’re history buffs as well and remembered hearing that often such drinks were heated with a poker heated up in a nearby fire then plunged into the mixture because customers were too impatient to wait for boiling water.

With these tidbits alone to recommended the drink, we tried several recipes and found we liked this one the best. It involves an ice cream base, which you can make ahead, freeze and use as needed. It looks (and tastes) rich, but you don’t use much in each individual drink, so it’s not really as damaging calorie-wise as it looks at first glance. 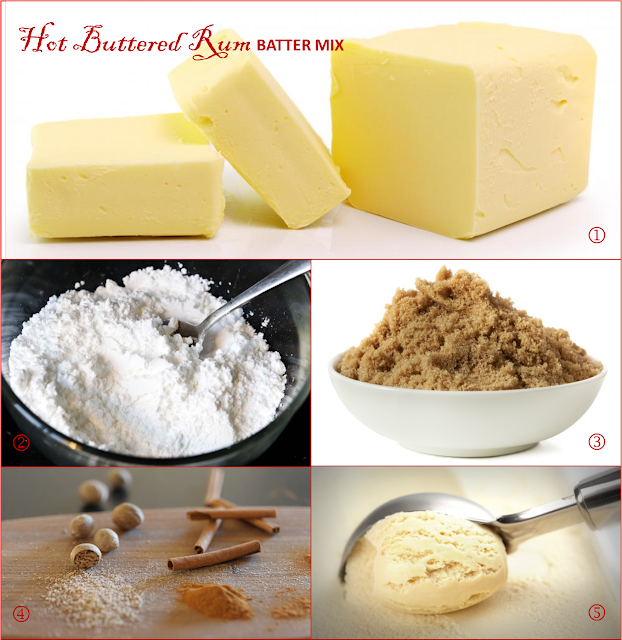 Melt butter in saucepan over medium heat, then blend in both sugars. Remove from heat and whisk in ice cream and spices, stirring until fully melted and blended. 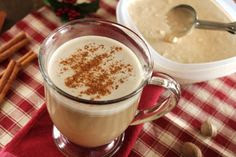 Measure 1 tablespoon of batter into a coffee mug with one fluid ounce of dark spiced rum. Fill the cup with boiling water and stir. The batter makes about 25 drinks. Pour the unused portion into a plastic storage container, seal, and freeze up to three months. 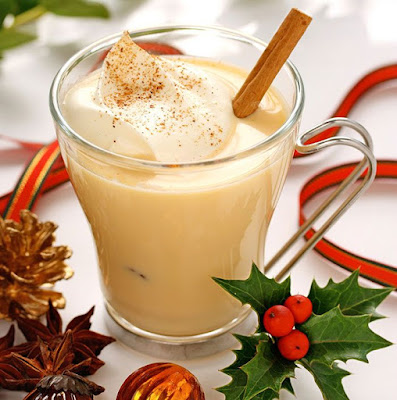 Granted, the colonists didn’t have ice cream for their toddies (nor do Chris and I use a hot poker to warm ours). But like the original drink, the first mug is a dream, the second is a scream, and no one remembers what happens after the third. So go make some history for yourself. 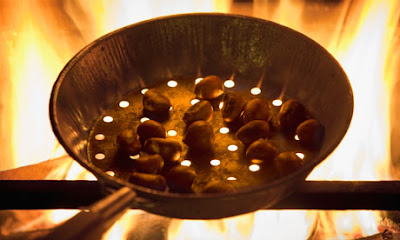 In fifth grade a classmate’s Italian immigrant mother made these for us, and I never forgot the sweet aroma, warmth and chewy lushness. Turns out you don’t need to roast them over an open fire like in the Christmas song. I’m sure they’d be extra good that way, but a traditional oven will do just fine.

I don’t remember seeing these in the produce aisle of the grocery store until maybe 10 years ago. They’re in season October through December and generally come with roasting instructions right on the bag! 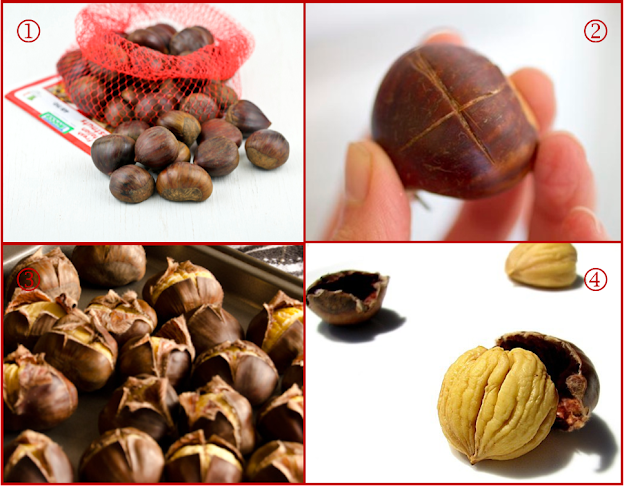 But just in case, here’s the how-to:

Some people salt them. We like ours straight up and serve them in the shell to open as we munch. Usually six per person is plenty.

Obviously you can’t use all of these at once on the same device, but pick and choose what best fuels your fantasy one holiday day and save the others for another. 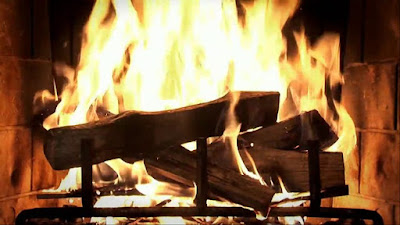 One of the few things I miss in our nod to living smaller is a fireplace. Someday I’ll invest in one of those modern-looking, wall-mount electric jobbies—maybe built into the base of a new media stand—but for now it’s crackling logs on the flat-screen.

YouTube has many options, but I liked this one best because of length (eight hours), authentic (great crackling sounds!), close-up view (nobody else’s decorations), distraction-free (no people adding fuel, chatting in background, or music overlaid). 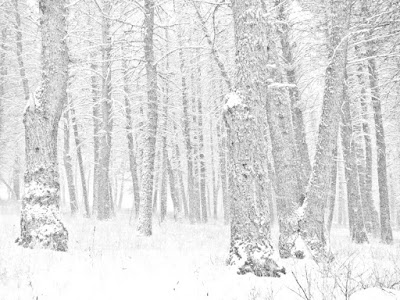 An easier way to have a white Christmas and synced to soft, non-holiday instrumental music in case you’re on carol overload. My own personal preference is to mute the New Age soundtrack and just watch the world fill up with snow while I listen to something else. Twelve full hours of mesmerizing images, and nothing to shovel or slip on afterward! 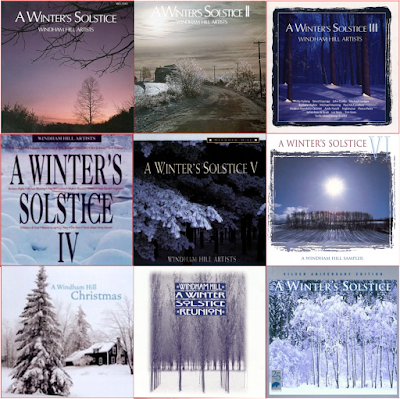 Six-plus hours of soothing instrumentals with a few vocals, some traditional carols, some seldom heard songs, and some “merely” winter-like music. All go well with the roaring fire video and the hot-buttered rum. Make a playlist with these links: The original, II, III, IV, V, VI.

Or buy them all!

A stash of favorite Christmas movies 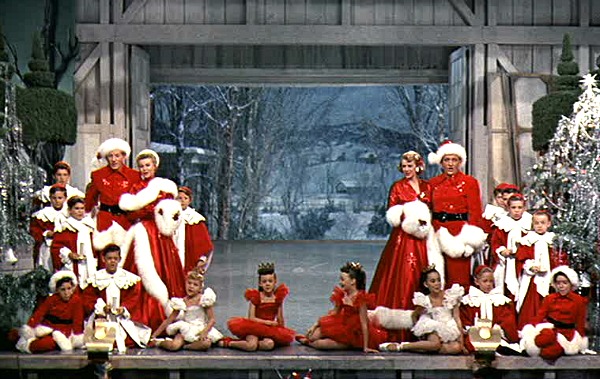 My top eight are heavy on classics:

Presents for your pet

It may seem like I just threw this one in. But new toys for your pet will help YOU relax and may keep your pet from getting into trouble with all the ribbon, wraps and decorations lying about. And watching your pet with a new toy can be pretty darn entertaining.

I know nothing about dog toys, but picked out a few new toys for Miss Maisie, my crazy kitty-cat. They just came this week, and she chewed at the box until we opened it early. She was so ecstatic with the choices I had to share: 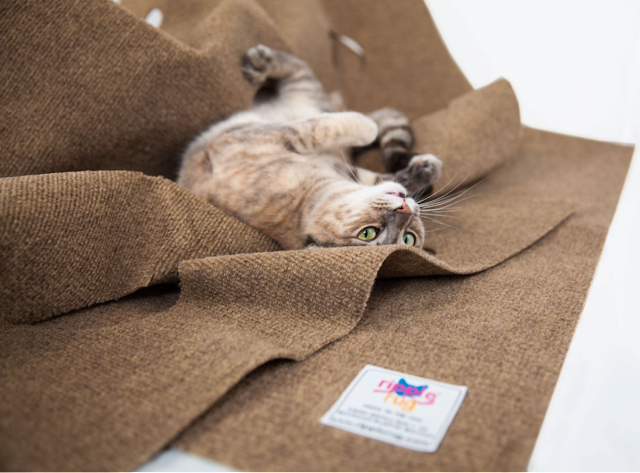 The Ripple Rug is usually more than I pay for a cat toy, but it looked like something Maisie would really enjoy, and she obviously does.

This cat activity mat includes two 4-by-3-foot pieces of carpet made from recycled plastic bottles. The base piece lays out flat. The top piece has circles cut in it for the cat to peek and crawl through, as well as numerous Velcro squares on the back so it can be stuck against the base in various configurations.

Maisie took to it immediately, searching for toys we hid, and scratching and rolling on it to mark it. She also likes hiding behind the bump-ups we create. She slept by it all night the first night and most of the next day. She’s sitting on it right now as I write this, giving me a thank-you blinky-blink. 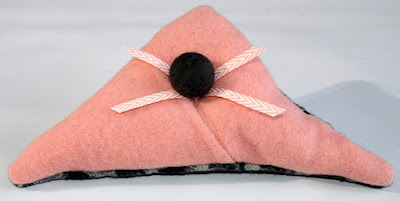 Can I just say that Maisie went EMBARRASSINGLY wild over this toy? It’s scented with organic catnip oil, and she detected it while it was still in the wrapper. When I didn’t open it right away, she carried the bag over to me and dropped it on the table next to my chair. She could barely contain herself until I tossed it for her to attack.

This is one of those vigorous play toys, and she kicked and chewed and bit it with all her might—a great vehicle for an indoor cat to work out aggression. Just as entertaining for owners to watch their cat’s drugged frenzy and eventual collapse. We’ll have to buy one of these for cousin Howie (my daughter Erin’s cat). 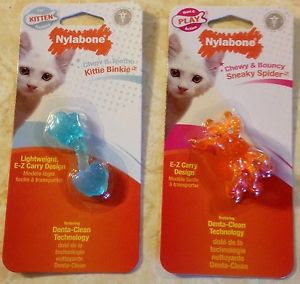 Technically kitten teething toys, but Maisie, at 3½ years, has never outgrown her oral fixation and loves to chew. She has a binkie she keeps losing, and the spider is a new offering. She knew what these were before they came out of the package and nagged until we opened them.

These toys also help clean her teeth while she’s playing. She still nibbles on things she shouldn’t—like my face—but she saves the hard bites for these toys and carries them around like a beat-up mouse. They’re also the perfect size to hide in the Ripple Rug!

Final instructions (DO NOT DEVIATE!!!) 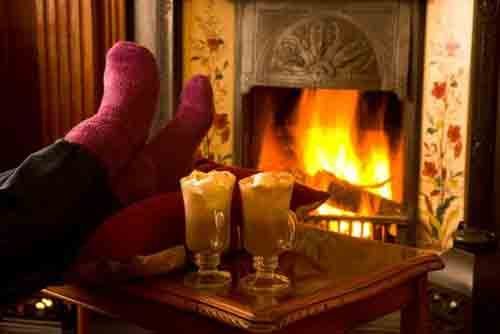