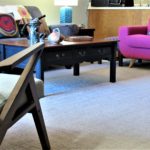 If not of a “fateful trip,” as on the 1960s television show “Gilligan’s Island,” which this post will reference, then perhaps a fateful purchase.

Pictured above is my living room. Of course, that curvaceous hot pink chair is what grabs your attention first. If you’ve been reading BoHo Home a while, you’ve seen it before. Maybe you were even a reader when I purchased and first posted about it about a year ago.

But now, take a look at this– 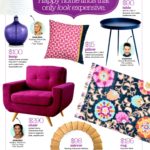 I’m not used to being a trendsetter. Actually, that’s not quite true. I know I AM a trendsetter (read as “good shopper with good taste”). What I’m not used to is any sort of formal affirmation of it. So imagine my surprise when I opened the most recent issue of HGTV Magazine and saw my buxsome magenta beauty featured on a “Decorate! Happy home finds that only look expensive” feature. 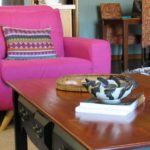 Well, it wasn’t actually MY personal chair. It was a chair like the one I own. You got that part, right? 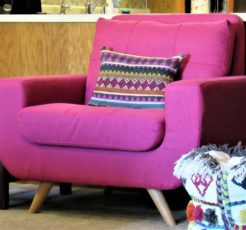 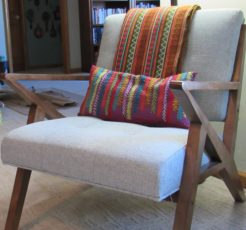 My friend Rebecca calls my pink chair “Ginger” because she’s such a flashy counterpoint (the chair, not my friend) to her more-reserved-but-just-as-pretty aqua-upholstered, wood-framed pal, which Becca calls Mary Ann. I purchased both chairs about the same time, both from Wayfair affiliates. 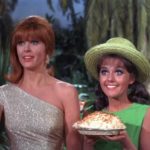 Rebecca is, of course, referencing the Ginger and Mary Ann characters on “Gilligan’s Island.” Remember? Becca remembers the reruns; I watched the program when it first aired in 1964 and then again and again in reruns. Ginger was a tall, sultry redhead–identified as a “movie star” in the theme song–and always wore evening gowns (not sure why she took so many for “a three-hour tour,” LOL!), while Mary Ann was perky, petite and wholesome–the girl-next-door type from the cornfields of Kansas. 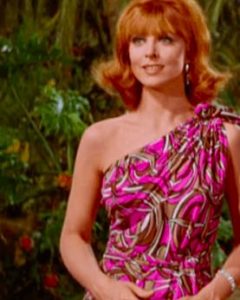 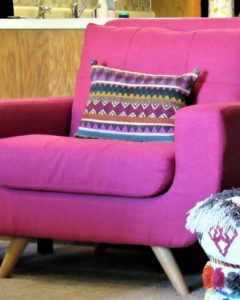 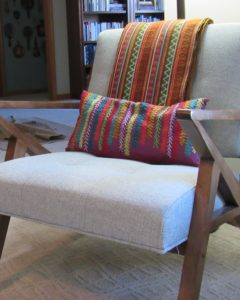 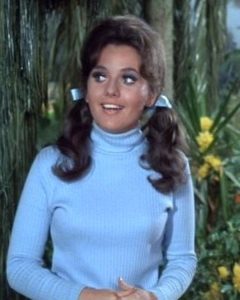 The chairs definitely resemble their namesakes, don’t they? 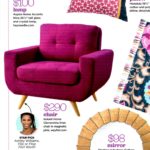 HGTV Magazines gives Flip or Flop Fort Worth host Ashley Williams credit for “discovering” my Ginger chair, but you all know I found her first. And I agree she’s easy on the eyes and comfy as well as a great buy.

At the time, I wasn’t looking to spend a lot, and this chair pays out its money’s worth in personality. 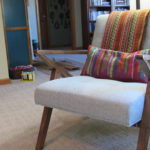 But the same could be said about her counterpart, positioned across the room. I love its classic midcentury modern angular arms and wood frame. It’s the classic Ginger vs. Mary Ann dilemma that is still raging, and my living room is the 21st century battleground! 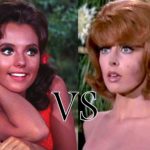 So who do you think was hottest–Ginger or Mary Ann? There’s a lot to be said for both. But perhaps looking at who aged best will make your choice easier–Tina Louise (Ginger) or Dawn Wells (Mary Ann)? 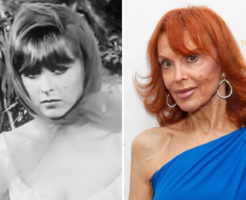 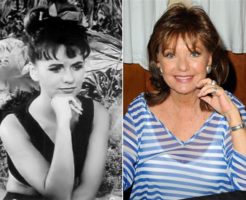 YIKES!!! Scary, huh? Tina does have six years on Dawn, but still… 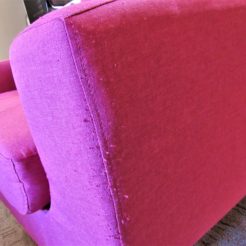 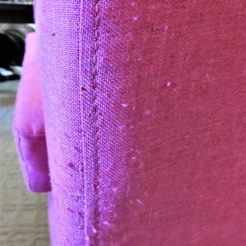 Alas, I fear my chairs are headed down a similar path, thanks to Maisie-Cat and her claws, which have obviously taken their toll on “Ginger’s” linen-like fabric. “Mary Ann” is made of sturdier stuff, and like the famous sitcom foils, it’s the subtler sister who’s holding up better.

Not that, in the end, either chair will escape unscathed, which is why I didn’t spend a lot. But until then, I’ll keep busy with my napping scissors, snipping off snags and threatening Maisie with the squirt bottle when she’s bold enough to scratch while I’m watching.

And I’ll save my pennies–either for some new chairs or Crypton upholstery for these ones. Never heard of Crypton? Well, you’re in luck, because I’ve written about that, too. (You don’t want to miss the photos of Maisie at her most devilish.) Crypton is pretty much indestructible, and as I can afford it, that’s what every upholstered surface in my home is converting to.

Until then, it’s fun to just once in a while open a magazine and get surprised by my own decorating prowess! Now if someone would just let the rest of the world in on it!

Until then (or hell freezes over)…